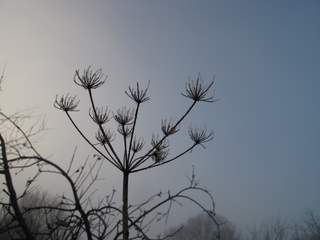 I was talking to my botanical uncle about snowdrops the other day, in the context of bigging up our welsh garden. Turns out that my paternal grandmother put in all sorts of exciting things but he reckons that quite a lot have faded away – and anything that has any susceptibility to slugs just gets munched and won’t bulk up.

I had quite a party week last week, with the annual Garden Media Guild Awards in London. It has been blogged to death, so I will sum it up as glittering cast of celebrities and the gardening somebodies, lots of deserving people honoured for their work and a nice lunch followed by a slightly riotous time in the pub.

I had a good time sitting next to Christine Walkden and Chris Baines (we chatted about music promotion and folk rock) and I was shortlisted for both the Environmental Award for a piece called Tomorrow Never Dies about the Millennium Seed Bank in Amateur Gardening and the Plants and Well Being award for a piece on the gardening charity Thrive, published in Berkshire and Buckinghamshire Life. I like a glamorous ‘do’ and my ambition to go as a ‘Beguiling Horticulturalist’ (see ‘Adventures in Floristry’) went pretty well – well, people were very nice about my dress, which was, if I say so myself modestly awesome. (James A-S says I win the 'most sparkly' award hands down, but to be fair I did suggest it as a category).

The previous weekend my partner and I were invited to a party entitled ‘A Day at the Races and a Night as a Rock Star’ by our most excellent neighbours. Chris went as Axl Rose which was jolly effective. I like a man in eyeliner. I went as my own bad rock self – which turned out to be controversial. A matter of semantics, hanging on how you interpret ‘come as a rock star’, and they decided that I fell somewhere on a line between Lily Allen and Bjork. Hmmm. Apparently it was an outfit that Noel Fielding would also have gone for. (‘I DIDN’T say you looked like Noel Fielding, darling!...’). Trilby, goth T-shirt, velvet jacket with integral feather boa, boots...maybe not too far off, in truth. (If anyone wants me to hang around on Never Mind the Buzzcocks and take the mickey out of Jedward, you know where I am).

A jolly evening spent in the company of Slash, Ozzy, Marilyn (Monroe, not Manson), ZZ Top, Janis Joplin and half of Kiss. We followed a decent rendition of ‘Sweet Child of Mine’ from the boys, with ‘Cover of the Rolling Stone’ by Dr Hook which seemed to be fitting and culminated spectacularly with a kid doing a power slide that took out the speakers.

So Beguiling Horticulturist, perhaps. Rock Horticulturist? Quite convincing, actually. Not the same thing as a Rock Gardener though. No.

June 15, 2014
I have a bit of a bee in my bonnet about municipal planting and garden design in public spaces. It is an opportunity to bring style, excitement or just a bit of beauty to the masses; and one that is usually left to languish in unkempt evergreen scrub.
This is somewhere that a little planning and creativity could reap dividends, but the norm is either uninspired, high maintenance and wasteful, or both.
Just up the road from me is a long curved flowerbed in a small public garden adjacent to a roundabout. It used to be fun, it really did. When I first met it, someone had put in some thought and the late summer display looked so good in a soft morning mist that I went home and came back with a camera.
It wasn’t a challenging or intellectual display, the plants are all quite ordinary but it had a cheerful flair and pizzazz. And then they dug the whole lot up a fortnight later to put in spring bulbs.*
Since then I have observed that that an astonishing amount of money seems to be spent on …
1 comment
Read more