A Chelsea Complex and a Young Pretender 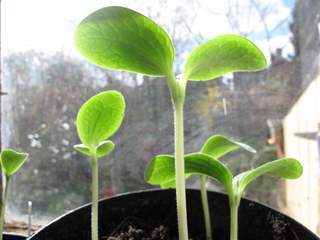 The new Mediterranean border is coming on nicely. The trellis is up and painted in my favourite shade of aqua and the neighbours approve – although I did have a heart-in-mouth moment when, having thoughtfully painted both sides I realised that it is quite a full-on colour and they might not like it.


I am now planting up and trying to resist the ‘I want it all and I want it now’ urge (something I am rather prone to at the best of times), which is common to anyone who has ever built a show garden and then has to garden like other ordinary human beings with a timescale of years and a shoestring budget. Simple maths. If you have things that will be 4ft across, plant them 4ft apart because they can be expected to grow 2ft in each direction. Even if they are only 6inches across now. Yes it looks tiny and dotty at first, but if you pack everything in so it looks wonderful you will have a fight on your hands in about a fortnight. This, people, is what annual bedding is for. That is what I keep telling myself, anyway.


Unaccountably, my other half seems suddenly resolved to have some sort of hard landscaping-off with Joe Swift. There we are on Friday night, cheerfully pre-empting the advice on Gardeners World, as we do (the long evenings just fly by), and the boy Swift is making a pond with a pond-liner he has just fortuitously ‘found’. (We believe you Joe, millions wouldn’t). Anyway, he breaks out his spirit level and some sage advice on keeping the thing straight, when I hear a hiss from beside me on the sofa “If he gets out a bag of ready-mix cement I’ll kill him”. Heavens. Saturday dawns, and the spousal element is busy constructing a very tidy strawberry bed from off-cuts of timber, to the merry refrain “Joe Swift, you’re out of a job; Joe Swift, you’re out of a job...”.


I don’t know why the sudden sense of competition. Joe seems an amiable sort of chap. He bought me a drink a couple of GMG Awards ago; he is President of the NGS; he enjoys the puckish witticisms of James Alexander Sinclair with good grace and amusement. Not sure my partner threatening to drop him in a water feature with ready-mix boots on is socially advisable. But were the spouse to follow through (with the construction competition, not the mob-style sticky end), he might well prove rather good at televisual spirit level wrangling. Time, as they say, will tell.

Caught my son giving the sedums a premature Chelsea chop while singing ‘I Gotta Feeling’ by the Black Eyed Peas.


Found myself on the school run looking like I had come off worst in a shootout at a porridge factory. Not far from the truth, as it happens. The glamour is endless.

I am, as always, hugely excited by my heated propagator. You put in seeds, turn it on and two days later, voila! Seedlings. Magic. See picture above, which I particularly like as the sun is shining through the leaf and you can see the veins.