Proceeding At Speed In All Directions 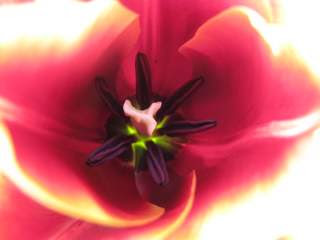 This week has been outstandingly busy. Went to the Millennium Seed Bank at Wakehurst Place on Friday, which was deeply satisfying for my inner geek. Monday I went to Cliveden – Italianate balustrades with an unusual snail residing in them, vast parterre, great big house, originally built for somebody’s mistress, apparently. Must have been quite some chick. And some tulips.


Last night went to interview a very nice lady for a garden feature that will be in The English Garden in the Autumn. Really great garden and fantastic eye for colour. Scheduled for September, so look out for it.

Coming up, I am doing a gardening event for children at Waterstones, based on the RHS Garden Explorers Handbook. This promises to be mayhem of the highest order – but in a good way, with mural painting, making insects out of sticks, writing garden poetry and many a good thing. There is also a seed giveaway (thank you T&M) and the chance to win a family ticket to Hampton Court Flower Show (thank you RHS!).

And rather excitingly, I am starting a new blog for Kitchen Garden magazine. It will shortly be up on their website and thoroughly linked in all directions, so tune in for vegetable musings.

What really sets me alight at this time of year is tulips. One of my earliest memories is of looking into a big, red tulip at about nose-height and being fascinated by the incredible depth of colour and the intense suedy blackness of the stamens.

Looking out of my kitchen window is a bit of a tulip-fest right now. There are the great big early white ones, the flaming orangey ones that were here before I moved in, a couple of happy patches of dainty yellow Tulipa turkestanica just going over, and several others. My particular favourite is, however, a glorious combination I dreamed up last year. There is a fantastic tulip (I will try and dig the name out, bear with me) that starts off with deep red-purple buds with a bloom like hot coals. As the buds open they get lighter and brighter, becoming lava-coloured with petal margins of coruscating, flaming gold. I planted them with rich, dark, ‘Queen of Night’ to anchor them and provide visual bass notes and, with a random forget-me-not accent, it is lovely.

NB Interestingly, the ‘Queen of Night’ came up a little later last year, so the effect was not so pronounced, but this time round it works a treat.

The soil here is light and free draining and tulips seem to like it – at least, according to my botanical uncle, more than they like the heavy clay we have in Wales. The only disappointment so far has been the fairy-pink ‘Angelique’ which is beautiful but has only managed to produce one and a half flowers this year. Clearly too girly to live.

Developing a slightly worrying appreciation of Lady Gaga, I think it is the way she snarls at the press. Down, girl.