February 05, 2016
What I have learned today is that budget archive boxes are a false economy. Any saving is squandered on parcel tape to wrap the miserable container to the point where it resembles the misshapen prey of a filing-obsessed spider. 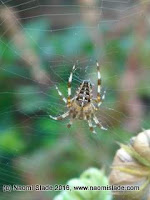 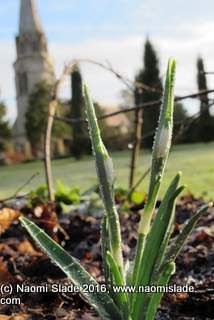 The full box bulged and warped as I wrestled. It repeatedly burst open at the top and disgorged slithering contents. It mocked me with torn handles and strained joints (those of the box rather than my own). I fought back, suppressing an uprising of RHS Chelsea catalogues, a stampede of assorted articles and the subtle exit of  book reviews, all destined to be consigned to the cupboard.

And it dawned on me that this is not a problem I have had before. Filing is not exactly second nature, but I have never before had to quell an actual mutiny of both packaging and subject matter.

But then, as the back catalogue becomes more extensive, more bulky and weighty then surely it must become more potent too. Libraries are powerful places. History, knowledge, the fact and folly of human invention and imagination set out in rows and stacked high into the rafters. Whispering and pulsing on the edge of perception, these massed words, and the books and articles that contain them, are lit and curated. The keepers of knowledge and opinion remain ever vigilant. Yet still they are able to catapult us into the past, the future or into other worlds. They have the ability to bring to us our deepest fears, to offer hope and salvation and to play upon our proclivities, sensibilities and weaknesses - as well as building greatness.

But how much more raw and fearsome must be a collection that is hidden in darkness. An untidy citadel of jumbled thoughts and ideas. Unwatched. Crammed together. Fact and opinion in a hybrid swarm of publication and publicity. Ideas compressed to neutron-star density. Swallowing light and distorting time. The shades of fashions past and techniques eternal, translucent in the pages; the energy of stories well-told, accumulating.

It is no wonder then that the boxes bulge and groan.  Perhaps as the archive becomes more powerful then so should the container that holds it. The Luggage* in the Terry Pratchett books might do it. Perhaps, rather than cheap boxes bound with gaffa tape, it is time for oak chests bound with iron.
(Although this would only exacerbate the issue of weight. The boxes are already almost too much to lift, so unless the archive can exist partially in another dimension, with contemporary mass reduced accordingly, I’m going to need a fork-lift truck. Or an orangutan.)

But the problem is not going away. I’m filing and archiving after a weekend spent lecturing and giving garden tours at the National Botanic Garden of Wales. The snowdrop buzz intensifies. And the snowdrop buzz will be joined in the autumn by my new book, The Orchard Odyssey, published by Green Books. Articles are in the pipeline. Ideas spring forth.

Only last week, there was a sense of hiatus; January looking forwards and backwards, as it will. Snowdrops not yet upon us, tree fruit passed. But both also impending.

So soon have things moved on. The cycle continues.

Clearing the decks is the order of the day. So whatever 2016 throws at one, at least it is possible to walk across the floor. Or bound across it, as the case may be, the squash-court of life permitting the ricochet of another idea. And it seems to me that a large box, independently mobile on lots of little legs, attitude problem optional, might be just the thing to carry my notes and an emergency sandwich (cheese and cucumber).**

And, should I vanish entirely, perhaps someone could check the dimension occupied by the archive, that is ostensibly in the cupboard under the stairs.

* Given the orchard fixation, the fact that it is made of sapient pear wood is particularly appropriate

**That it is also always full of neatly pressed underwear, smelling slightly of lavender, appeals. Note to self: if this element spontaneously generates, maybe feed it an annotated lingerie catalogue or two....^

July 22, 2016
Writing a book is often likened to having a baby. And with some justification. There is the giddy conception and whirlwind of excitement, then the warm glow of a contract signed. It then the process starts to lag and become heavier; sweetmeats are deployed to maintain performance – pregnancy, like literature, is an endurance sport. My new book, Published by Green Books, 22nd September  2016 Finally, fat and fecund with promise the manuscript is delivered to the publisher, for supervision and medical intervention if necessary. And, finally, the screaming and anguish suddenly stops. The Author's desk (the buns have already been eaten) And here is where the process differs. After months of to-ing and fro-ing, deliberations about nuanced argument and tone of voice, followed by concerns about stacking words in a column and balanced captions, it is confiscated. They just take it away. To put it another way, it is like watching caterpillars. They eat and eat and eat and
Post a Comment
Read more

February 28, 2015
Galanthus 'Fly Fishing' at Bellefield House . My latest snowdrop crush. Back in the dim and distant mists of time, when dinosaurs roamed the land and pterodactyls were frequent bird table visitors, I spent an enjoyable few years managing rock bands. There were headline gigs, support gigs. Mainstream venues and pubs. In some places the PA was state of the art, in others you thanked your stars for the decent size amp in the back of the van. Some nights the crowd was ecstatic. Others, the bar man, his dog and a couple of regulars would sit there, nodding and comparing the band to musicians that had died before the lead singer was born. Occasionally people listened to the first thirty seconds, got bored and went off to get drunk and find someone to sleep with. So it goes. I have just finished a modestly epic tour of the land, promoting The Plant Lover’s Guide to Snowdrops . And, as I pull myself vertical, brush off the debris and straighten out again, there are som
4 comments
Read more